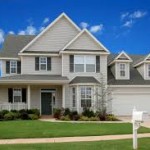 Search All Kettering Homes for Sale

The earliest settler in what is now Kettering was John Patterson, a farmer who built the area’s first log cabin in 1798. In 1841, an expanding population forced the creation of Van Buren Township, a name that would remain for more than 100 years.

In November of 1952, voters of Van Buren Township approved the incorporation of the Village of Kettering, named for its most outstanding citizen, the famous philanthropist, and inventor of the automobile self-starter, Charles. F. Kettering. A special census in 1955 recorded the village population at 38,118 qualifying it for city status.

Kettering was proclaimed a city on June 24, 1955, by the Secretary of the State of Ohio. Voters approved adoption of a Home Rule Charter and a Council-Manager form of government, which went into effect on January 1, 1956. Seven council representatives are elected for four-year terms on a non-partisan basis, one from each of the four districts and two at-large, plus the mayor.
Community Links