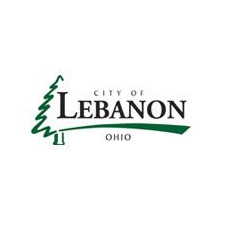 Search all Lebanon Homes for Sale

Lebanon is a City rich in history and heritage. Its civic pride is evident in its cleanliness, warmth, and fervent desire to include everyone in the community.

Settled by early pioneers after the American Revolution, Lebanon saw its first cabins in the 1790s. In 1802, a surveyor laid out the community with Broadway and Main Streets intersecting at the center of town. Broadway was to be six-poles wide to ensure that a six-horse stage could turn completely around in front of the tavern. The town was then divided into 100 lots of 50 rods each, with the four center lots to remain reserved for public lands.

Lebanon flourished as stagecoaches rumbled through the streets bearing travelers and settlers from the East. In 1805, the first courthouse and jail were built by public subscription, and in 1807, John McLean began publishing Ohio’s oldest weekly newspaper, The Western Star.

The history of Lebanon is rich in the philanthropy and foresight of its founders and their followers.
Community Links

Search the full MLS and Exclusive Property Listings.
(Prices and inventory current as of May 19, 2022)